Aprons and Fans (a, f)
A fan is a gently sloping fan-shaped area resulting from the accumulation of sediments brought down by a stream descending through a deep ravine. A series of adjacent fans is called an apron. Fans and aprons are common in the Qu’Appelle Valley planes of stratification, indicative of their river or stream origin. 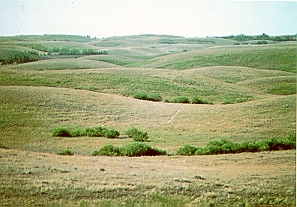 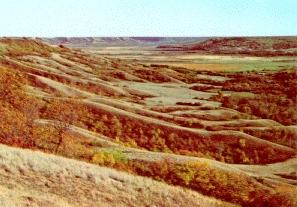 Landscapes with a prevailing slope in one direction are called inclined 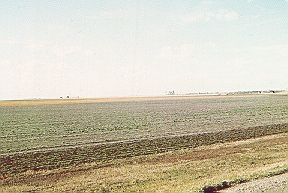 The above photograph illustrates a typical level landscape

Level (l)
Landscapes that are flat or have very gently sloping surfaces are said to be level. Along flood plains of rivers and streams where the level surface is broken by abandoned river channels they are called level channelled (lc). 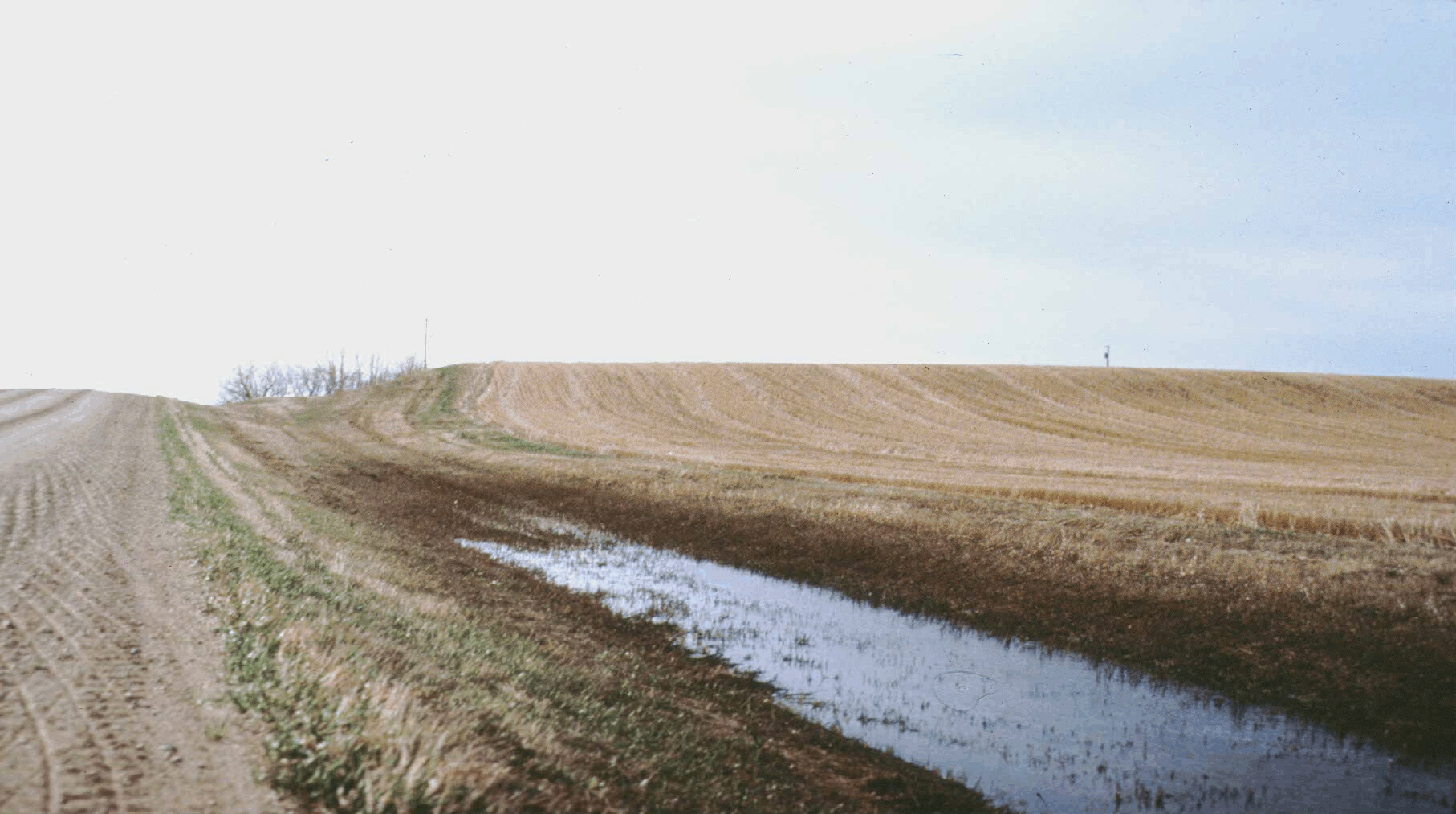 Ridged (r)
Landscapes that have a linear pattern, usually of short and straight, parallel ridges but sometimes a single, sinuous ridge are called ridged. Some landscapes may have intersecting ridges. 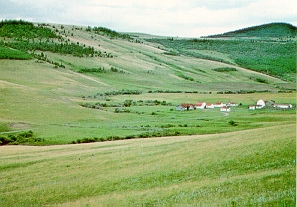 A rolling landscape with large macro-relief

Rolling (m)
Landscapes that are characterized by a sequence of long (often 1.6 km or greater), moderate to strong slopes extending from rounded, sometimes confined depressions to broad, rounded knolls, that impart a wavelike pattern to the land surface are called rolling. They are called rolling dissected (rd) where shallow gullies join one low area or kettle to the next. 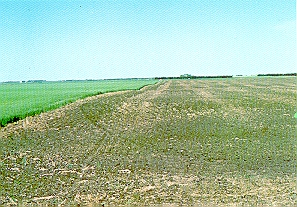 An erosional modifier indicates a modifying erosional process that has occurred within the landscape since retreat of the glaciers. Three different erosional modifiers are used, and one of these modifiers may be added to the code designation for a specific surface form (such as hummocky, undulating, inclined and others).

Dissected (d)
Refers to relatively shallow surface drainageways or drainage networks that have developed on some landscapes. These subtle drainageways may be recognized in some landscapes, while in others, they can only be identified on aerial photographs. Numerous dissections in a landscape are a clear indication of the potential for rainfall to exit the landscape quickly into lakes or major streams, and in addition, to facilitate water erosion with the potential for significant soil to be moved from upper to lower slopes. Dissections are usually comparatively subtle landscape features and can be crossed readily with field implements.

Gullied - (g)
Refers to parallel and subparallel steep-sided, and narrow ravines that have developed from fluvial erosion on landscapes with strong to steep slopes. The gullies are typically deeply incised into the landscape so as to prevent farm implements from crossing such features.

Horizontal (H)
A flat peat surface that is not broken by marked elevations and depressions.