Saline soils occur sporadically throughout the agricultural area of Saskatchewan. These soils contain sufficient water soluble salts to inhibit the uptake of moisture by plants, resulting in moisture stress and reduced plant growth. The presence of saline soils can often be recognized by bare spots in the crop or by uneven stands of grain or forage. Very strongly saline soils usually develop a white surface crust during dry weather. Where less salt is present, the soil is grayish in color when dry and the subsoil often has streaks or specks of salt at a depth of 5 to 25 cm or deeper. In weakly saline or moderately saline soils that are very wet, it may not be possible to see the salt.

Saline soils result almost invariably from the movement of salts carried by groundwater and subsequent concentration in the soil upon evaporation of this water at or near the soil surface.

Soluble salts are present in the parent materials of all soils as the result of on-going natural and physical weathering processes. When the amount of water evaporating from the soil is greater than the amount infiltrating, salts may accumulate and this may result in saline soils. Areas are subject to soil salinization where the water tables are high and the amount of infiltration of precipitation is limited. In most cases, this is a natural process which has been going on since the time of deglaciation. Agriculture has, however, aggravated the problem in some areas by the use of cropping systems that are not as water efficient as the natural prairie.

Management of saline soils requires the effective management of soil water in both the saline and nonsaline parts of the landscape. In terms of water management for soil salinity control this means making the most effective use of soil moisture possible. Extending the cropping rotation or continuous cropping in nonsaline areas will cycle more precipitation through crops rather than allowing it to reach the water table where it may contribute to salinity in some other location. Leaving stubble standing promotes a move even distribution of snow cover reducing the amount that blows off the land into large snow drifts or depressions where, upon melting, it has a greater chance of infiltrating to the watertable. Saline soils should be seeded to long-term forage or continuously cropped with crops having the appropriate degree of salt tolerance. The objective in saline areas is to reduce the amount of evaporation from the soil surface, lower the watertable level and move salts downward with infiltrating precipitation.

Table 1. The relative tolerance of common field crops to soil salinity. Differences of one or two places in the ranking may not be significant. 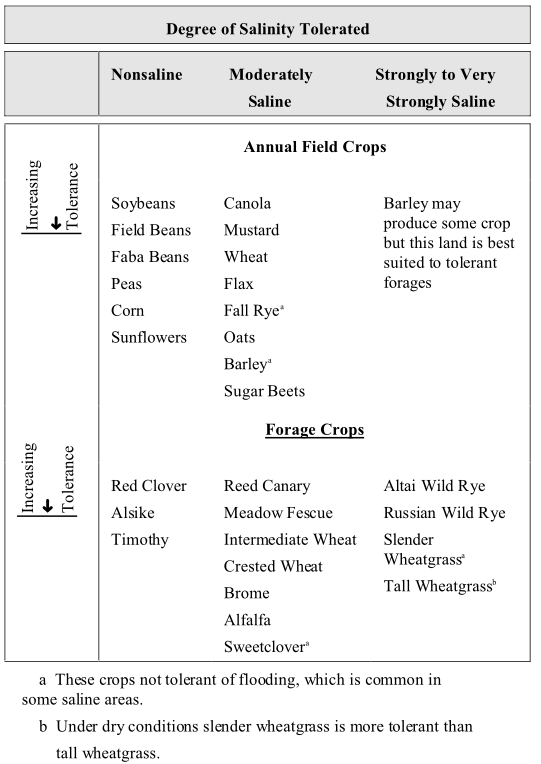 For more information on saline soils and their management, see the publication The Nature and Management of Salt Affected Land in Saskatchewan by Saskatchewan Agriculture, Soils and Crops Branch.


Explanation of the Salinity Symbol

The soil salinity symbol is made up of three components indicating the extent of saline soils, the degree of the salts in the saline soils, and the position in the landscape occupied by the saline soils within the delineation, and is based on field observation alone.

A new salinity classification system for field mapping was developed and implemented in 1982. A three or four character code was used to describe the presence of salinity in a soil polygon. The first character, a number, gives the extent class for percent of area affected; the second character, a letter, indicates a degree class, whether the salinity was weak, moderate, strong or very strong; the third and/or fourth character indicates where the salinity occurrs in the landscape. This new salinity classification system was applied to all areas mapped on an R.M. basis, from about 1980 to 1997, which constituted approximately 65% of the agricultural area of the province.

For that area of the province that was mapped on a map sheet basis, information for salinity was obtained from assessment information and a single character number extent class was applied to each polygon; all salinity was assumed to be moderate. The extent classes used for salinity in map sheet soil map areas is the same as that used for R.M. soil map areas.. The salinity rating for soil polygons originally in Map Sheet areas is the best estimate which can be done from the office, using existing information. 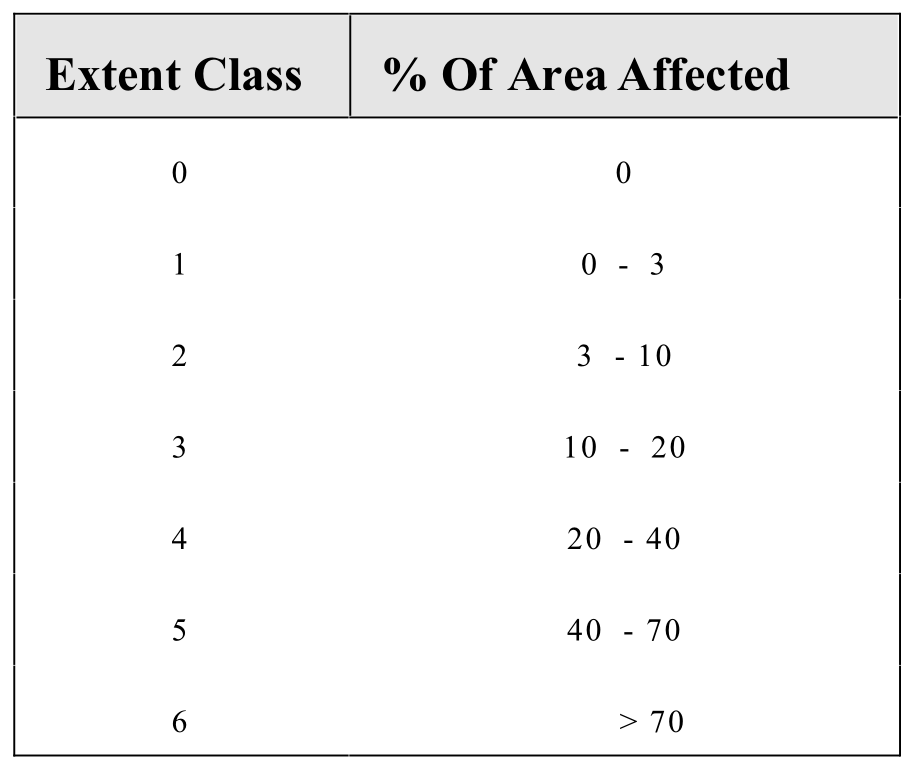 The salinity class extent and degree is simplified in Fig 1. to reflect a summarized affect of salinity on producitivty: 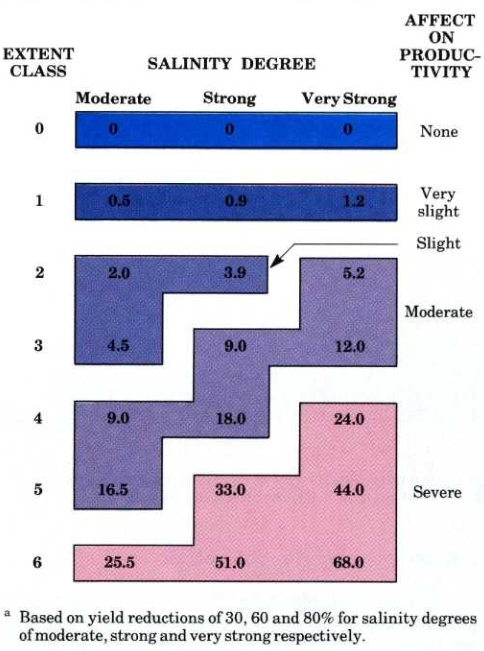 Fig. 1. Average percent reduction in yields as affected by the extent and degree of soil salinity